The Boyertown Museum unveiled its new look with a ribbon-cutting ceremony and remarks from board members and VIPs and thanks to the entrepreneurs.

Additionally, a “Car Show Through the Decades” was held in the parking lot, featuring historic photographs of the Boyertown Museum, which was previously Boyertown Auto Body Works, a manufacturer of commercial and military truck bodies.

Although the event focused on exterior improvements, a lot has been done inside, including a suspended ceiling, new flooring, and an elevator, over the past few years to both improve the visitor experience. and better protect the treasures of the transport history on display.

Following the official unveiling, the Boyertown Museum presented an exciting new addition to the collection, a 1938 Dodge truck modified into a motorhome and show stage by world famous strongman Joseph Greenstein, also known as the The Mighty Atom.

Known locally for his weekly performances at Zern’s Farmer’s Market, Greenstein was a Guinness World Record holder and showed strength across the United States. Born into a poor family in 1893 in Suvalk, Poland, Greenstein endured many illnesses as a child. As a teenager, he learned from Champion Volanko, a strong man of the circus, to defend himself.

When his family later emigrated to Texas, Greenstein eventually found fame by achieving feats of strength. As the locals may recall, he also promoted a healthy and clean lifestyle and sold elixirs and tonics at Zern to promote this lifestyle. Mighty Atom protege Slim the Hammerman also used the truck as part of his strongman shows at the Zern Farmers Market. The Mighty Atom truck is now part of the Boyertown Museum collection.

To accompany its premiere, local strongman The Irish Anvil, a student of Slim the Hammerman, put on an old-fashioned strongman show during the block party portion of the event. 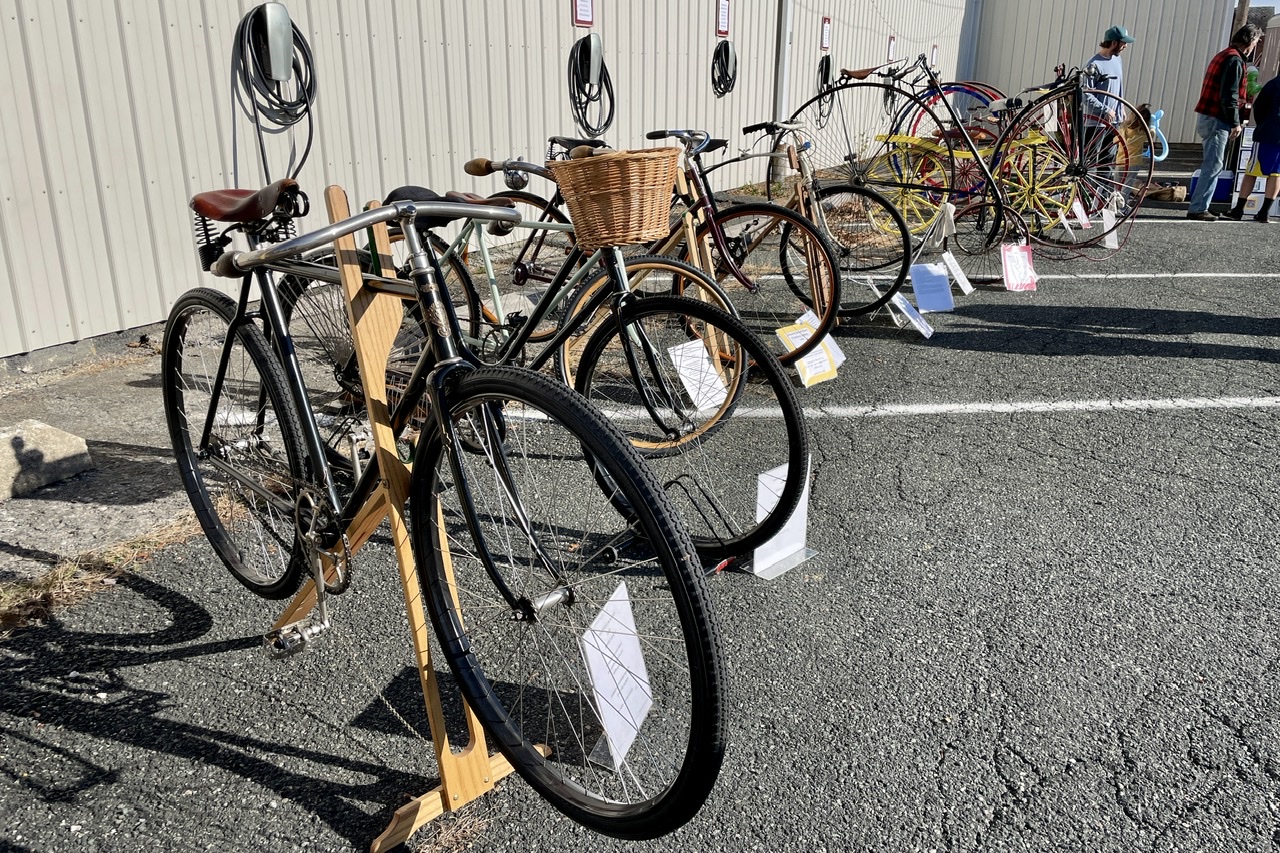 Entertainment during the block party included KooKoo the Comic Book Magician, Silhouette Cuttings by Emily Byrne, vintage bicycle performances by The Wheelmen, and face painting and balloon twisting by Mimzy. 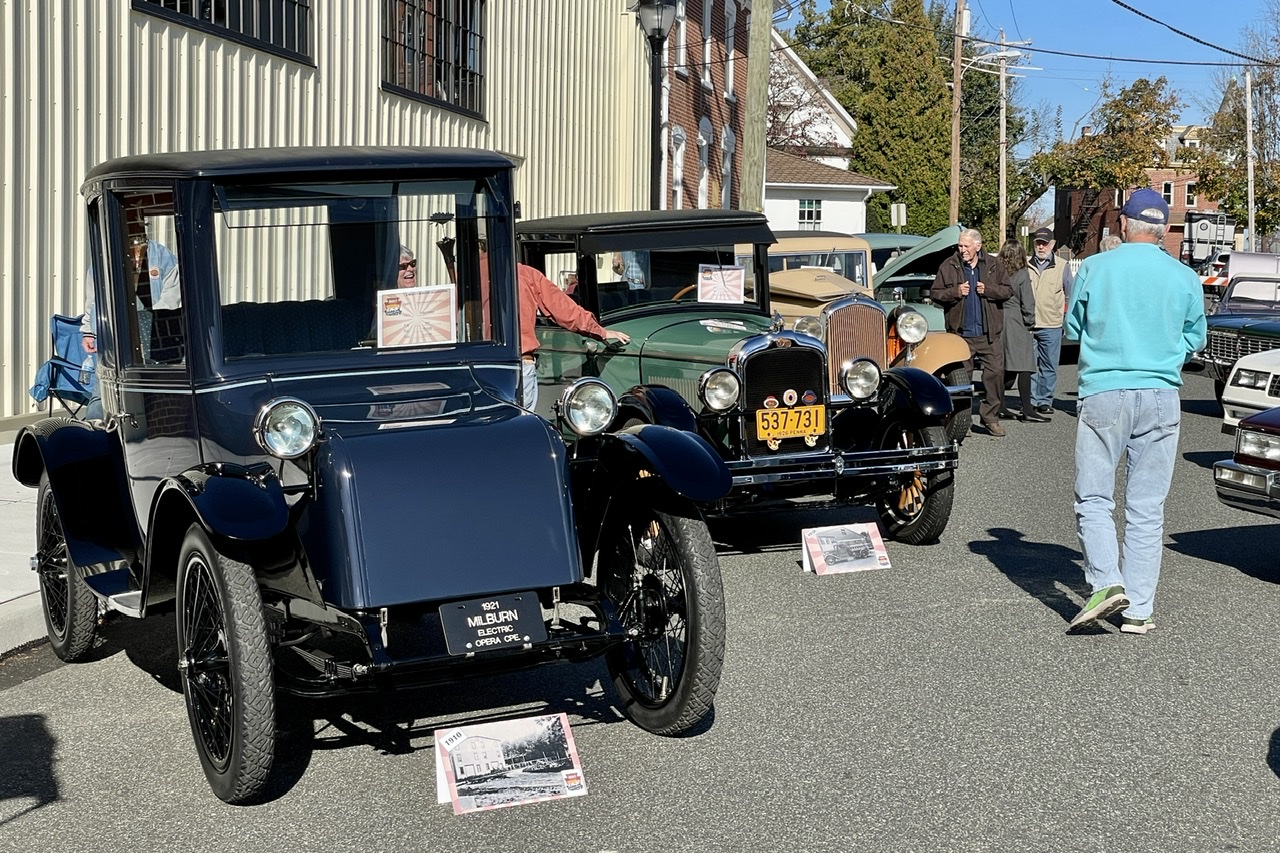 A “vehicle timeline” was also part of the day’s festivities, with vehicles from each decade from the 1880s to the 2020s lining the street outside the museum. Vintage trucks were on display behind the Mighty Atom truck and the Irish Anvil performance area.

The Berks County DeLorean also made an appearance at the museum for the day, a nod to the Boyertown Museum’s efforts to travel “to the future” with its collection of historic vehicles. 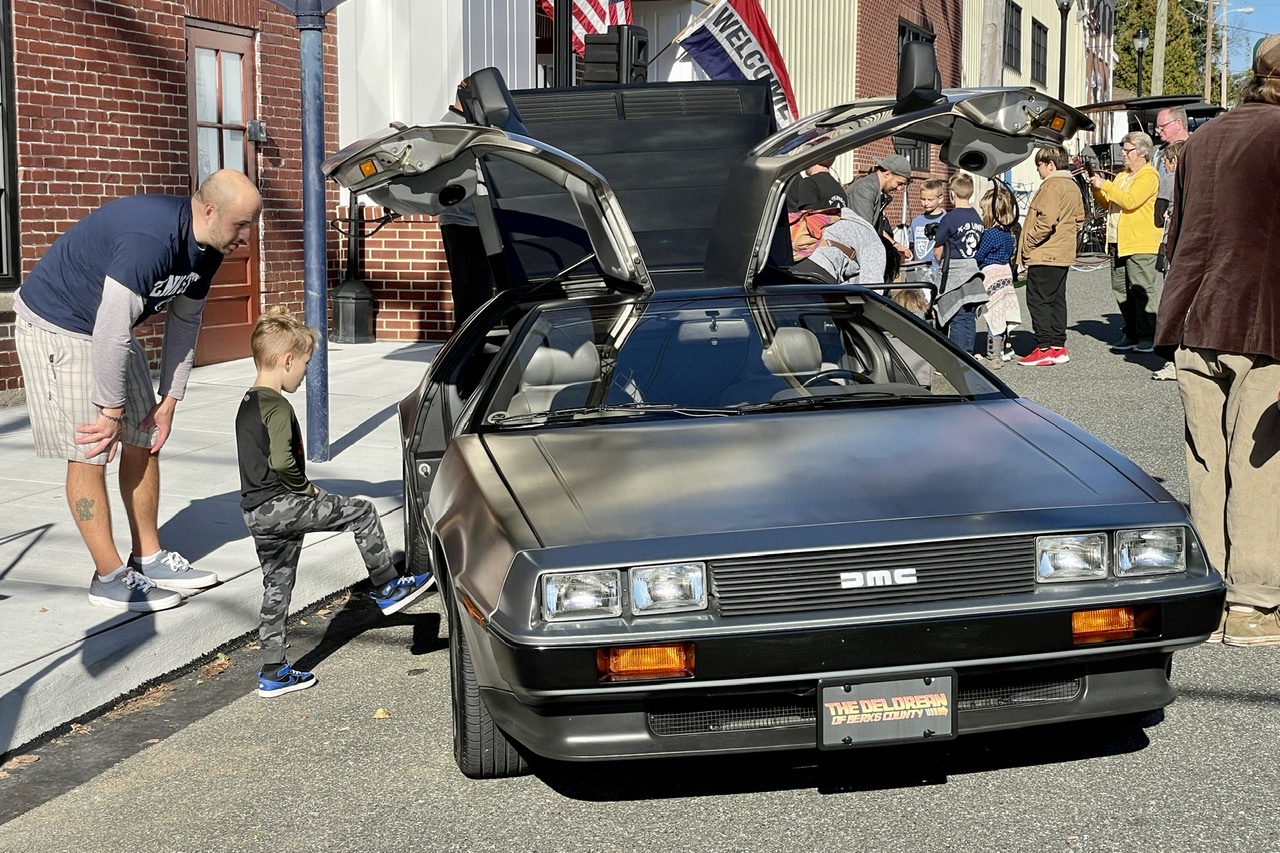 The Boyertown Museum of Historic Vehicles is a 501c3 nonprofit founded in 1965 by Paul and Erminie Hafer. The museum, located at 85 South Walnut Street in Boyertown, Pa., Preserves and displays examples of Pennsylvania trucking history in the former buildings of the Boyertown Auto Body Works factory.

Over ninety locally made cars, trucks, cars, bicycles and motorcycles are on display, along with two examples of roadside architecture: a 1921 cottage-style Sunoco gas station and a Jerry O’Mahony restaurant. from 1938. The museum is open seven days a week, from 9:30 am to 4 pm. 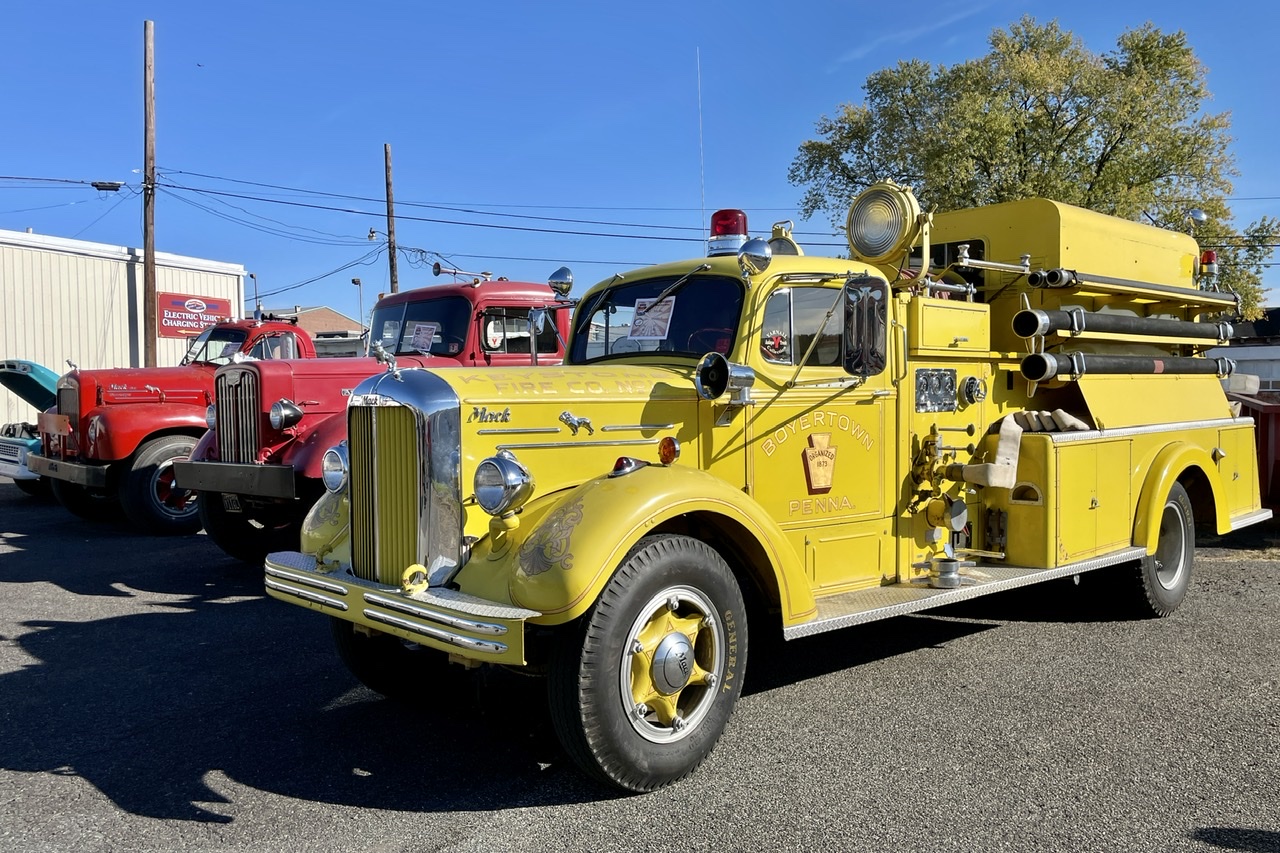